It’s been a while and it’s a little tough to know where to start, but I shall dive right in.

Once upon a time Blair glibly remarked that he felt the hand of history on his shoulder whilst ironing out a settlement in Northern Ireland. It’s funny because I have been feeling that hand too lately, but only after it has been riffling through my pockets and stealing my cash. That same hand is currently writing a number of cheques from all of us to the State that ensure the masses will all be very much poorer for a good number of years.

The proportion of state spending going on servicing debt is going to keep going up year on year. We already now spend more on debt payments each year than we do on the NHS, and that is going to keep going up and up. The predictable post-Labour legacy of out of control debt coupled with a broken economy is stinging us at the exact time the Euro-Currency is about to fall down. This perfect storm has been fuelled and funded by reckless borrowing which provided a short term political smoke-screen. Now that smoke is clearing we can all see the extent of the problems and share regret that efforts to rein in spending and halt the bloating of the state had not been more successful.

But you all know this already.

There is however a worrying problem that we seem to have fallen into a near hypnotic trance. We are all sat staring at the Merkozy Bunch waiting for their latest joint conference to see what announcement can falsely prop the markets up for a few more days.

This is surely wrong.

The Euro is on its deathbed. It is a failed currency that has quite probably indebted more people for more money than any other political experiment in history. Yet, for some reason the received wisdom of the Politicians, the economists, the hack-observers and the Federalists is to call for treatment of the disease rather than the patient.

There are no solutions to the “Euro-problem” because the EU is unable to address the absolutely base problems at the core of the currency; that there is no European Demos from which to pool a central tax fund for a central bank to govern the Euro. More to the point, as stated from before the outset, no currency can have 17 different Chancellor-of-the-exchequers.

The Euro needs to be killed off and fast.

It needs to be put down if necessary.

Once the leviathan ailment is gone Europeans need to look at how we got into this boat in the first place. The structures of democracy have been twisted and used against this continent for the benefit of elite for too long. It has all been done in our name and it has all been done with a smile. Without a real change we will be here all over again when the next grand experiment fails.

Whatever Merkozy-Cameron plan evolves over the next week you can be sure of just one thing – that it will do nothing more than make the Euro more expensive financially and more dangerous politically for when it does eventually fail. I repeat, it needs to be killed off now.

Which brings me back to the UK.

I don’t think anybody who has spent much time keeping an eye on the EU problem ever really thought that Cameron would ever offer a referendum on any Treaty. That referendum lock was assumed be made from the same “cast-iron” that the previous referendum pledge was made of.

If (or more likely when) The Coalition needs to it will probably get the new treaty through the Commons and the Tories will lose but a few token rebels. Cameron’s other-half Osborne is after-all a Bilderberger and his trump card William “Eurosceptic” Hague has fully converted to the cause.

But a referendum is possible if enough people are prepared to stand up for one, but more importantly it is WINNABLE. People are waking up in real numbers to how the EU influences their lives. Those who say voting changes nothing are starting to see that is largely because of the Political Class which has organised so well that they have moved control out of a deformed and debased parliament and moved it to the anti-democratic Brussels Arm. People are starting to see with the benefit of a Coalition Government that it is the class as much as the Party.

The Federalists have never been more scared than they are now, and they have absolutely no answers, and they can lie no more about the certainty of success in their credo. They can’t do what they really want to do just yet; but they have managed to install puppet governments in Greece and Italy – It will not end there. If we could force that referendum on the wider question of UK membership the federalists argument would disintegrate, because on a weekly basis the Euro is failing more and more people. In fact, if we had a Prime Minister who had the guts to stand up for the wishes of the electorate and state we’re off out we would probably be ejected rather than have a UK referendum threaten any additional uncertainties whilst they patch up what remains of their beloved currency.

We need the courage to know we can win this and see it off for good. We have right on our side, which is not always enough, but coupled with the conviction we can turn the tables and bring about the massive changes that are needed.  We may not control the media agenda or the political agenda but we control this argument because we speak the truth, and always have.

All the lies and the liars are now exposed.

It has been the sceptical voices from across the political spectrum that have been correct on the EU and the Euro all along. The leaders of tomorrow are the few that have been on the correct side of this issue all along. The Federalists of today and yesteryear may disappear without charge for their grossly destructive actions, they definitely will if we let them. Sometimes history shows a movement or an idea can be so massively wrong-headed we look back and it is nearly comical. I want to see all those who have been right so far carry on the good fight by getting themselves in positions of power. We need to rid ourselves of anyone and everyone who is in a position of public office who has taken any steps to ensnare us in the EU pit.
Posted by Daniel1979 at 13:59:00 6 comments: 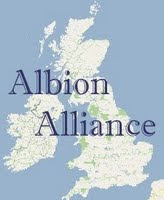